Zauzig Trial Group is a section of the law firm of Nichols Zauzig Sandler P.C.  We are a team. Many members of our team have been working together for decades. Some of us are newer. What we all have in common is a singular dedication: doing the very best for every one of our clients. 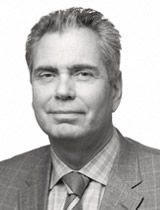 Chuck Zauzig is President of Nichols Zauzig Sandler P.C. and leader of “the crew” in the Zauzig Trial Group. While he started his legal career in criminal defense, he has found his legal passion in medical malpractice and personal injury. “These aren’t just cases, they are families that are broken because someone else was careless, and they come to you because they need to try and get back to where they were.” 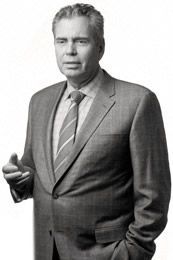 He established the firm in 1989 to do just that – rebuild a sense of normalcy for families who so desperately need it. “Working with families who have been decimated by catastrophic events, it’s all the catalyst I need to do what I do.” Always a leader by example, he ensures that the entire ZTG crew provides incomparable support and legal advocacy for our clients. Our clients become a part of our extended family just as we become a part of theirs. “My clients deserve to have their voices heard in court. I represent a lot of persons who can’t speak up for themselves. Children too young. People who have been injured to the point where they can no longer give their own voice. That motivates me.”

The successful efforts of Mr. Zauzig and his team have received much recognition and reward. Mr. Zauzig has been nominated by his peers as one of the Best Lawyers in America. He serves on the Board of Governors for the American Association for Justice (AAJ), and was the former President of the Virginia Trial Lawyers Associate (VTLA). “I give everything I have in terms of energy…but I also give all of my heart too. You have to.” He continues his involvement in law education as a frequent lecturer and teacher for trial lawyers throughout the country. 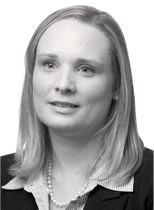 Since joining the Zauzig Trial Group in 2004, Partner Melissa G. Ray has tirelessly given a voice to injured families, adults, and children. Her record of success has won her respect and gratitude from both clients and the legal community; Super Lawyer Magazine named her a Virginia “Rising Star,” a distinction only given to the top 2.5% of attorneys in Virginia, in 2008, 2011, and 2012. While Melissa takes great pride in representing each of their clients, she finds it particularly rewarding to work on behalf of children suffering from birth injuries. “I want to give a voice to those children who otherwise wouldn’t be heard. A child suffering from a birth injury never just gets to be a kid – throughout their life they have to work to find ways to compensate for their injury.” Extending her commitment to children far beyond her legal work, she spends her free time volunteering with The Reading Connection in Arlington, Virginia, where she reads books to children at a shelter for homeless families and victims of domestic violence. 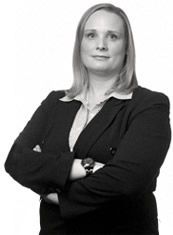 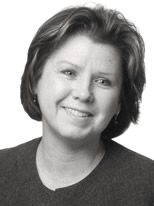 Partner Claire Keena has been a core member of Zauzig Trial Group’s legal team for over 20 years. With her depth of  experience in holding insurance companies to task, she spearheads our personal injury department, as well as traumatic brain injury and wrongful death cases. Motivations are clear and simple: “I get satisfaction out of helping people.” 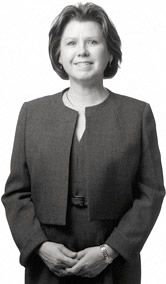 Her commitment to advocating for our clients’ rights takes the load off when they need it most. “I like being able to prove to the insurance companies that we can and will try a case and take it to its full value, if we have to.”  As one of Virginia’s leading personal injury attorneys, Claire is also an active leader within the legal community. She received her law degree from George Mason University School of Law, where she also served on the Board of Editors for the GMU Law Review. She is a member of the Virginia Trial Lawyers Association (VTLA), the Prince William County Bar Association, and presided as CLE chair of the Virginia Women Attorney’s Association – Prince William Chapter.

Carly Ramey joined Zauzig Trial Group in 2016 with nine years of paralegal experience and a passion for the medical malpractice and personal injury areas of practice.

Carly thrives off of the trial atmosphere and believes “it’s essential to know litigation from intake through trial.” An added benefit is Carly’s experience with both the defendant and plaintiff sides of civil litigation.  At ZTG, she assists in representing plaintiffs in medical malpractice cases, as she did in her previous position. Two years prior to that, Carly worked with attorneys who defended insurance companies.

Having deep experience in both camps brings a valuable perspective to Carly’s work at Zauzig Trial Group.

A native of Stafford, Carly graduated from Virginia Commonwealth University in 2007 with a B.S. in Criminal Studies. She returned to Northern Virginia after spending a few years as a paralegal in Richmond working for an appellate law firm.  Her early experience with appellate law exposed her to the higher courts, and gave her a beneficial view of civil and criminal cases.

“I was looking at cases in reverse; they were already completed, start to finish.” She still draws upon that solid foundation in helping to develop cases to this day, understanding the importance of hard work at the beginning to the end result.

Carly remains in touch with many former clients and believes such strong bonds are a byproduct of the intense, complex nature of her cases. “When you talk to them almost everyday, they become much more than just clients. Even when a case is done, the relationship never really ends.”