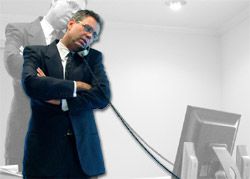 Chuck Zauzig is committed to advancing and protecting the rights of citizens for a right for trial by jury and a right for safe medicine, products, and highways. This advocacy is evidenced by his involvement in state and national organizations. He is a Past President of the Virginia Trial Lawyers Association and a Current Governor of the American Association for Justice Board of Governors. He is also a frequent lecturer and teacher to other trial lawyers around the country. He has been recognized by his peers as one of the Best Lawyers in America.